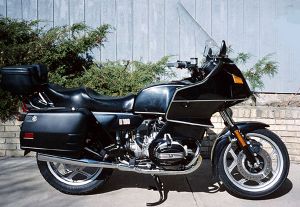 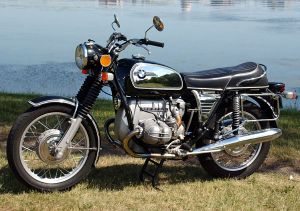 The BMW 247 engine is an air-cooled flat twin motorcycle engine with two valves per cylinder, also known as the "airhead" boxer. It was used by BMW in its motorcycles from 1969 to 1995.

A number of different models were on the market:

Prior to the type 247, BMW also built other air-cooled flat twin engines known as the Typ 248/1 used for the R45, the R65 and the R65LS BMW motorcycles. Before that they built side-valve and OHV engines commencing with the R32 of 1923. After the type 247, BMW substanitally changed the engine design to include partial oil cooling and four valves per cylinder, a design which was to become known as the "oilhead".