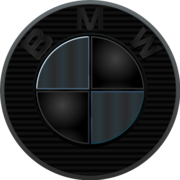 BMW Motorrad is a brand used by German company BMW for its motorcycles, which have been manufactured since 1923. BMW Motorrad is a business unit within Corporate and Brand Development division of BMW.[1] BMW Motorrad revenues for 2007 were €1,228 million.[2] Its general director is Hendrik von Kuenheim.[3]

Originally an aircraft engine manufacturer in the early 20th century and through World War I, BMW introduced the first motorcycle under its name, the R32, in 1923. Although BMW motorcycles have been long associated with their original engine configuration, the flat-twin boxer engine, the company today manufactures motorcycles in a variety of engine and riding configurations. 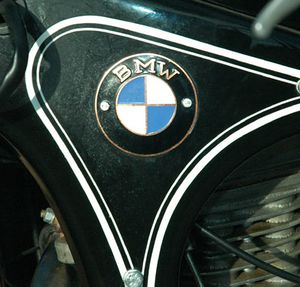 All BMW Motorrad's motorcycle production takes place at its plant in Berlin, Germany,[4] although some engines are manufactured in Austria, China and Taiwan.

BMW Motorrad achieved sales of 101,685 motorcycles in 2008,[5] with the most popular model being the R1200GS. In 2008, the company introduced the DOHC Boxer HP2 Sport.[6] In 2008, BMW entered the serious off-road competition motorcycle market with the release of the BMW G450X motorcycle.[7]

Current production includes a variety of shaft, chain, and belt driven models from 450 cc to 1300 cc designed for off-road, dual-purpose, sport, and touring activities. BMW motorcycles are produced in different families each with a different letter prefix. Current families are:

BMW motorcycles have won many prestigious races around the world and have held many records. One of BMW's most significant titles is being the first non-British manufacturer to win the Isle of Man TT race which BMW accomplished in the 1939 Isle of Man TT.

In 2007, BMW Motorrad announced its entry to the 2009 Superbike World Championship season, when it will race the BMW S1000RR. The 2009 season team will be known as Team Alpha BMW and signed Spanish rider Ruben Xaus and Australian rider Troy Corser for the factory team.[13][14]